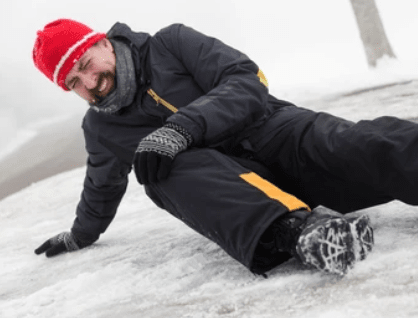 In early December, 2020, the Ontario Provincial Government passed a law imposing a new notice period on slip and fall injury victims who are injured after slipping and falling on ice or snow.

This new legislation, Bill 118 (also known as the Occupier’s Liability Amendment Act), is effective December 8, 2020 and requires that slip and fall accident victims put the occupier of the property where they were injured, or the contractor employed to remove snow and all from the property, on notice within 60 days.

Importantly, accident victims need to do more than simply provide notice to the property owner or contactor; they also need to provide this notice in writing and serve it personally or by registered mail.

Although this new notice provision is not as strict as the ten-day notice period required before commencing an action against a municipality such as the City of Ottawa, it is still a drastic change from the prior time limit to commence a legal proceeding, which was a two year limitation period.

In many cases, especially those involving soft tissue injuries, accident victims do not realize the seriousness of their injury until several months after their fall. In other cases, they may have pain initially following the fall, but expect that the pain will improve over the following months or year. Often, people in this situation do not consider bringing a personal injury action until far later than 60 days after a fall. The unfortunate aspect of this new legislation is that no matter how minor an injury may at first seem, Ontarians are now being encouraged to seek a lawyer and personally serve notice of a lawsuit, even when the thought of doing so may be the farthest thing from their mind.

It has been argued that the sixty-day notice is fair to defendants because it allows them to gather evidence for their defence, while that evidence it is still fresh. However, most competent snow removal contractors and apartment buildings keep logs of their ice/snow maintenance and records of their procedures for doing so. Historical weather records are readily available on the internet. And, unless notice is given within a few hours after the fall, any photographs taken on days 2 through 60 will usually not adequately or accurately depict what the actual ice and snow conditions were on the day of the fall.

In short, Bill 108 is legislation that will likely help insurance companies add to their profits and bottom lines. However, it will do so at the cost of excluding legitimate claims where accident victims were injured as a result of the negligence of property owners.

If you have been injured in a slip and fall injury in Ottawa, Cornwall, Kingston or any other town across Eastern Ontario, you can contact one of the personal injury lawyers at SG Injury Law today, to ensure your rights are protected: